Innovation is such an important concept in business, but that doesn’t mean that it always works out well. Most of us know the struggle that comes with designing a plan for innovation, which is why it can be so upsetting when your strategy doesn’t play out how you intended it to. When an innovation strategy fails, it can be disruptive and disappointing. Some companies even let a failed attempt at innovation define their relationship with innovation completely. It is important to understand that failure does happen, but it is also a tool for growth. In this article, we will explain why it is completely okay to fail and why it is important to embrace failure as part of your innovation strategy.

When you are working on a new innovation goal, a lot of time and energy goes into it. Innovation requires a fair amount of effort, particularly when you are just getting started. For this reason, when your innovation efforts don’t work out, it can be a particularly large pill to swallow.

In order to move on from a failure, you will first embrace it and make peace with it. To begin, recognise that there is nothing wrong with failure. It doesn’t mean that your efforts will not yield good results, and it certainly doesn’t mean that innovation won’t work for you. It simply means that it didn’t work this time. Remind yourself that failure happens, but it is not inevitable and it is not the end of the line.

Failure is disheartening because it means that our plans did not work out. Though this can be disappointing, the reality is that there is more to failure than this. Yes, it is true that something didn’t work out. However, that doesn’t tell the whole story. You can learn from even the most catastrophic failures with multiple points of failure. Embrace the failure, understand it, and use it as a vessel for growth.

What We Can Learn from Failure

There is a lot to learn from embracing a failure whether you are working on an innovation project or you are trying to meet a personal goal. When something doesn’t work, we have the ability to look into what went wrong and learn from it. Sometimes a simple failure can point out something that could have been a much bigger problem at a later time. It can show us that we weren’t looking for answers in the right direction.

With innovation efforts, there are a few common points of failure. In many projects, there is an issue with the base of the design itself. Sometimes we choose to innovate in the wrong area, and this can lead to disruptions in other areas when we aren’t careful. It is also possible that an innovation did not work because of a lack of buy-in. Even the best idea can fail if it doesn’t have the right support, which is why it is so important to find good ways to encourage adoption of a new innovation.

As disappointing as failure can be, the reality is that it can be a very good thing. When we experience failure, we are given an opportunity for growth. Instead of lamenting a failure, embrace it and look at it as a starting point. You might realise that your innovative efforts would be better suited in another direction—that is just fine. However, you might learn instead that you just need a different approach.

Plenty of innovation attempts have failed simply because of timing and circumstance. When Oprah Winfrey first entered her tv career, she brought a new style built around empathy and human connection. Ultimately, she was shut down for it because it was a poor fit. A short while later, she was given her own show where her style became the inspiration for all kinds of shows. George Lucas innovated the media space completely by creating space fantasy, an otherwise nonexistent genre. Still, before that, Star Wars was rejected several times before it changed film history forever. Both of these individuals had to embrace their failures and adapt their innovations with time and find the right support to make them work.

In order to successfully move on from a failure, you will need to find out what happened. Reflect upon the process and what caused the failure to occur. Look closely at the situation and figure out what exactly went wrong, as well as what led to the failure in the first place. When we embrace failures it enables us to reflect on them in a positive way, and consequently we gain the ability to learn and find more success down the line.

Innovation is generally based on the idea that something can be improved, which is why it is disappointing when it fails. Fortunately, each new failure also brings us more insight and allows us to learn more than we would have otherwise as long as we embrace it as part of the innovation strategy. Before you worry about how an effort did not work out, focus on learning why it didn’t work out and use it as an opportunity to come back stronger!

Combining his love for AI technology, passion for idea management, and 15+ years of experience as CEO of various companies, Jakob oversees the business planning, and strategic direction for the company.


What is Disruptive Innovation and Why is it Important? 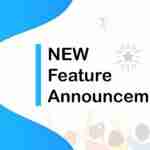 5 Ways to Make Sharing Ideas Easier in the Workplace

How Innovation Has Evolved with Digital Transformation

Every company needs to have a plan to move forward, but in today’s modern world, moving forward isn’t enough....

END_OF_DOCUMENT_TOKEN_TO_BE_REPLACED

Problem-solving is something that business teams have to deal with every single day. While some solutions can be...

END_OF_DOCUMENT_TOKEN_TO_BE_REPLACED

In leadership, every leader has their own path to success. Some leaders are able to inspire and encourage, while...