We continue our journey looking at the 50 greatest inventions of all time.

The video game industry worldwide is worth billions — and the market is still growing.

And I guess it would have been an obvious choice to include video gaming in the list of the greatest inventions of all time right?

But in a world that is striving to be fairer and more inclusive, we decided the Logitech Adaptive Gaming Kit was the right choice for today’s society to make it on our list.

Logitech G worked with the Microsoft Inclusive Tech Lab and leading accessibility groups to develop a set of configurable controls that enables people with varying levels of disabilities to play games more effectively.

These adaptive and engaging devices have made the world of gaming a little bigger, which is a big step towards better inclusivity.

Wang Chen is the first pioneer when we talk about written books.

Wang created a piece of written work on agriculture and farming practices called Nung Shu back in 1297, using a revolving table for typesetters to help organise with more efficiency.

However, it was a German goldsmith Johannes Gutenberg in 1436, that created the first printing press in Europe which has redefined the way that we share information and tell stories.

This incredible device made it easy to distribute information, bringing a lot of people into a world that was previously out of reach.

Though our approach to printing has changed quite a bit, the fact remains that the printing press is what we have to thank for today’s information-sharing society.

It had to make it on our list of greatest inventions of all time.

Back in 1973, Martin Cooper and John F. Mitchell of Motorola proved the concept of a wireless conversation over the Bell Labs network and quickly patented the idea in the same year.

However, it wasn’t until 1984 that the first mobile phone was launched called the DynaTAC (nicknamed “the brick”).

It weighed over a kilogram but quickly became a must-have accessory for wealthy business people.

The DynaTAC that used to commonly drop calls, has since been replaced with mobile phones that have more processing power than the average computer.

Though Motorola isn’t quite as prominent today due to stiff competition, the fact remains that they changed how we communicate forever.

Interesting read: The Invention of Mobile Phones by The Science Museum

In 1958 Dr. William Chardack, Dr. Andrew Gage, and an engineer by the name of Wilson Greatbatch implanted an electrode in a dog attached to a pulse generator.

Two years later, the first cardiac pacemaker was implanted in a 77-year-old man.

Today, cardiac pacemakers are a common medical practice with over 3 million recipients.

They help people who have arrhythmia (i.e. heart beats too fast, too slow or has an irregular rhythm), by sending electrical pulses to the heart to produce a steady rhythm to pump blood around the body efficiently.

Its lifesaving capabilities make it one of the greatest inventions in our history.

Though most of us don’t go a day without snapping a picture of our pets while they sleep or our brunch out with friends, this wasn’t always the case.

Whilst photography has been around for centuries, there wasn’t a way to preserve the image the cameras produced until the discovery of silver chloride.

It was this chemical compound that was found to be especially susceptible to darkening from light exposure in 1777 by Carl Wilhelm Scheele.

The first permanent photograph of an image with a camera didn’t happen until 1825 when Nicephore Niepce used a sliding box camera made by Charles and Vincent Chevalier from Paris, France.

Today, all mobile phones come with a camera and are able to produce images with remarkable details and completely perfect colour too.

It is pretty amazing to see how far this invention has come and why it’s one of the greatest inventions of all time.

Interesting reading: Fascinating History Of Cameras Since The First Camera by Photoblog

Magnetic resonance imaging (MRI) is a specific medical technique that is available within the world of radiology.

It allows us to take fairly detailed images of the anatomy and the physiological happenings that occur throughout our bodies.

This diagnostic tool can uncover disease, check on recovery, and identify physical damage.

First proposed in 1969, this incredible scientific breakthrough is the work of Raymond Vahan Damadian.

This American physician and inventor discovered that tumours and normal tissue could be seen with nuclear magnetic resonance.

This was the starting ground for the first scan to diagnose cancer in 1977.

Today, there are over 20,000 MRI scanners around the world performing over 50 million scans every year.

Interesting reading: The Fascinating History of the MRI Machine by Start Imaging and Research Centre 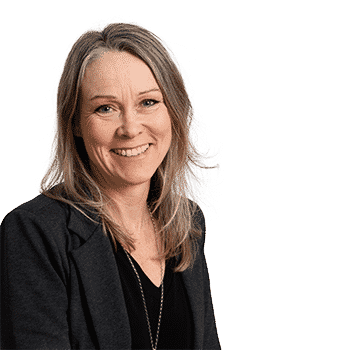 Talk to us. Our user-friendly idea software will empower you.

It isn’t surprising that Penicillin made it onto our 50 greatest inventions of all time list.

However, it may be surprising that it is only at No. 44.

It was back in 1928 that researcher Alexander Fleming first discovered this lifesaving group of antibiotics.

However, some would say that his approach was fairly questionable.

At the time, diseases were running rampant — and we had very few ways to treat them.

The hospitals were full, and doctors wanted a solution.

One day, Alexander Fleming noticed that several of his Petri dishes were covered with bacterial colonies that mirrored what they were exposed to, but something strange happened.

In one area, there was mould — and wherever the mould was, bacteria wasn’t.

He created a mould juice after further study, and in the end, he changed medicine forever.

Interesting reading: Penicillin – The Accidental Discovery by The Science Museum

For as long as humans have roamed the earth, we have found beauty in music and rhythm.

This led to countless devices being made so we could enjoy music on the go — and none of them has been quite as game-changing as the iPod.

First invented back in 2001, the iPod could hold up to 1,000 songs and paved the way for all future music devices.

Giving us the power to carry a collection of our favourite albums was certainly an advancement — and now, we see this technology reflected in every phone and tablet on the market.

Interesting reading: 20 years ago the iPod was born via NPR

True crime fans know that Deoxyribonucleic acid testing (or DNA) plays a huge role in the world of crime, helping us to solve cold cases every single day.

It was Jeffrey Glassberg in 1983 who submitted the first patent covering the direct use of DNA variation for forensics.

However, it was the geneticist, Sir Alec Jeffreys in 1984, who is credited with developing a DNA process for profiling fingerprints that we still use today.

DNA testing not only helps us solve crimes but also checks for medical conditions and helps us to better understand the origins of our families.

This development allows us to understand animals, including humans, like never before making it one of the greatest inventions in the modern era.

Interesting reading: The History of Genetic Fingerprinting by the University of Leicester.

In today’s world, most of us don’t go anywhere without GPS.

However, until the full constellation of 24 satellites became operational in 1993, GPS wasn’t the tool used for navigation.

It was the compass and it goes so far back in history that it might actually shock you.

Early records show that the compass was first invented over 2000 years ago during the Han Dynasty in China, roughly between 202 BC – 220 AD.

These compasses were originally made of lodestone, a naturally magnetized stone of iron and were actually called “South Pointing Fish”.

Today, compasses are made with steel and cobalt playing an active role in navigation around the world.

Interesting reading: The History of the Compass by Dalvey

For some inventions, it is easy to see the impact whilst for others, it may not be quite so obvious.

But as long as we keep inventing, we will continue to improve our world.