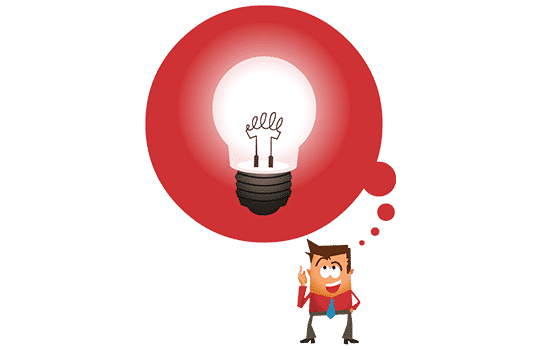 Are big ideas really that easy to identify?

When you think about a big idea, what does it mean for you?

Is it an innovative product or a brand-new service? Is it a company that changes the world or solves some key problem?

Big ideas mean something a little different to all of us. However, most of us can spot them when we see one.

Too often, we believe that these big ideas come from that one genius who knows everything — like a flash of brilliance that just changes the world all at once.

In reality, that generally isn’t true.

All of the best ideas come from people who have failed in different ways before finding success.

In this article, we will explore what we mean by “big idea” and how your failures can often contribute to your biggest ideas.

What is a Big Idea and how do we identify them?

A big idea is an idea that can start surprisingly small, and at the early stages is often incredibly difficult to identify.

The truth behind big ideas is that you can’t really identify them until you see them in action — and some of the biggest ideas are actually the fourth or fifteenth rendition of an initial idea too.

What makes a big idea is the potential that it offers.

They are ideas that require work and effort to bring to fruition, but when they do, they can be game-changing.

These ideas are ideas that redefine industries, forge new businesses, or help change the world in a big way.

Sometimes big ideas only succeed in impacting a certain group, but for those individuals, these ideas can be life-changing.

So what are the big ideas and how does failure play a role? 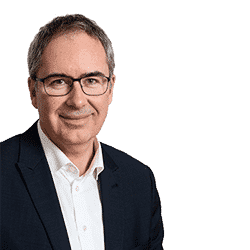 Are you looking for the next Big Idea?

Our Idea Management Software has helped many customers find and implement the Big Idea.

Talk to us. We will help you.

What it Means When We Fail

Failure is a word that so many people spend their lives fearing when they should be embracing it.

What matters when it comes to failure is your mindset.

Big ideas are often identified by trailblazers, even if the person doesn’t have much experience.

Some ideas really do start out as a dream — but it isn’t always sustainable.

It is easy to have a ground-breaking idea that just doesn’t execute well simply because you didn’t know enough. However, failure gives us an opportunity to learn more.

When we fail, we have a couple of potential outcomes.

Either we can pack it up and quit, or we can learn from it and grow.

Making the decision to keep growing is exactly how we can come up with our biggest ideas yet.

With over 582 million entrepreneurs in the world, a new big idea is born every day.

How Embracing Failure can Help to Identify Bigger and Better Ideas

Identifying big ideas is only the first step, you still need to implement and drive change.

But big ideas more often than not fail at the early stage.

It is easy to focus on failure for its negative attributes, but failure actually teaches us quite a bit about what we were trying to do.

As long as you are happy to look at the situation and plan to learn from it, you will find that your failure was actually just a setback — and we can always grow from setbacks.

So how does failure create the biggest ideas?

Removing the ego from failure can help us to get a wonderful burst of innovative thinking.

Our failures show us what didn’t work.

They can also help us to think more about the potential applications of our ideas.

An excellent example of this is Bubble Wrap.

Most of us think of Bubble Wrap as something fun that we played with as children, but did you know that it was originally created as wallpaper?

We might laugh to think of this now, and it is fairly easy to see why Bubble Wrap failed while being marketed in that way. However, rather than simply throwing out the entire product, the creator got a little more creative.

Following an epic fail, Bubble Wrap was used to wrap IBM computers — and the rest is history.

A lot of the time when we fail with an idea, we identify and focus on what caused our idea to fail.

While this is important, there is more to it.

Running through a failure can give us a lot of information about potential problems for our product or services that go well beyond what caused the initial failure.

Learning from this information is invaluable.

3. It Provides Insights from the Trial

In the same way that we can learn about potential problems, we also learn about the reality of our work or ideas when they fail.

A failed launch is still a launch, and we can learn a lot from running the trial at all.

We might realise that there are small pain points that can be resolved, or that some specific part didn’t resonate with our audience.

This information can be very helpful.

The big idea is an idea that has the potential to make big changes, and it isn’t always so easy to quickly identify. However, it is something that we should all keep an eye out for.

Remember, while you might find inspiration following a failure with an earlier version of an idea, that isn’t your only opportunity.

Sometimes our biggest failures inspire us to come up with big ideas in a completely different direction, so remember to always learn what you can!