What are the Key Challenges and Hurdles that stand in the way for Successful Execution of Innovation?

When launching a disruptive innovation project, you will face a lot of resistance and challenges. Surprisingly, the majority will come from within the company.

The biggest hurdles to get a sign-off

I pitched Our/Vodka to Pernod Ricard for two years to get it funded and even though I had doubted my pitching skills, I started wondering if there was something else that was wrong? The first thing I noticed was that it seemed really hard for me to convey the brilliance and benefits of my idea. I was surprised about their reactions and some of their questions and I started to realise that we were communicating in DIFFERENT LANGUAGES. 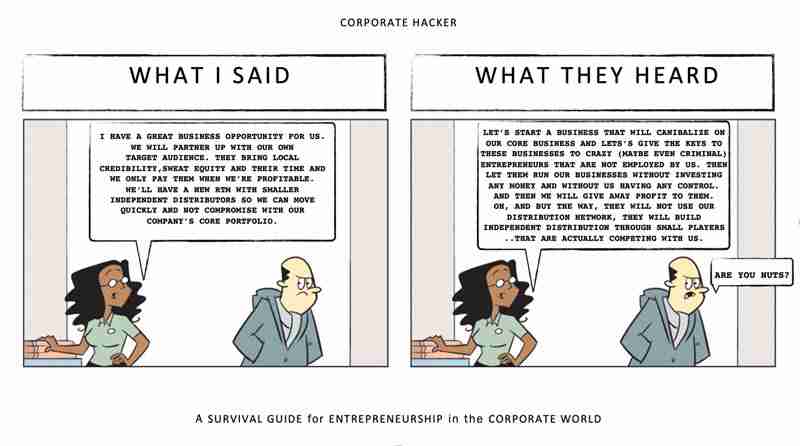 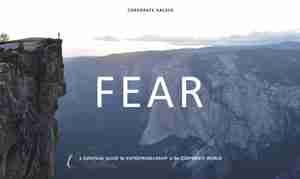 The second obstacle was FEAR.

We were at the end of our second year of endless meetings and reworkings of the business case. We had worked on it, and the business model, for what seemed like forever and it was solid as a rock. Yet still we were looping . Then I realised that maybe it was FEAR that was the problem. I had overlooked the fact that these very slick, intelligent, corporate super-suits were totally out of their comfort zone when it came to start-ups.

Before the last meeting I pulled my boss aside and asked him to trust his gut feeling, something that I don’t think is embraced in a corporate environment as it is within the start-up world. I told him that there was nothing we could do to improve the business case, and if his gut feeling still told him we shouldn’t do it then we shouldn’t. However, we cannot rework the business case again. That afternoon I got the project funded and this is when I thought all the hard work was over.

Little did I know, the hard work had only just begun.

Running a disruptive innovation project, or venture in a large corporation, turned out to be much harder than I expected, and I have spent countless nights trying to figure out why.

The Doing and the Daring

I believe that one big reason is that large corporations struggle with the DOING and the DARING. Like I wrote in How To Foster And Fuel Intrapreneurship At A Large Corporation, it is important to dare to go all the way. The doing is the second part that most large organisations lack and is where intrapreneurs come in. 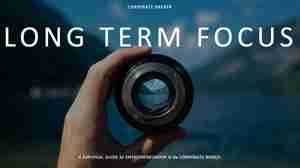 Disruptive innovation is rarely a patentable mechanical device nowadays. It is more complex and affects all parts of the value change. These things take time, perseverance and resilience and they require a LONG-TERM FOCUS.

At a large corporation, management changes frequently and with new management there’s very often a new focus for the business. There will be comments like: “Why are we doing this?” “I can’t see how this will benefit the company?” (…during my time as a CEO) “We have to prioritise the core business when it’s time for budget cuts.”

To secure the future of a large corporation, you need to have a long term focus with innovation and make sure your projects will survive and thrive during the 5-7 years it takes to successfully invent, build, test and launch a new service or product with a new business model and new route to market.

Bud off the Project 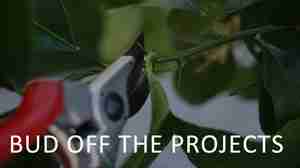 The project will be very vulnerable in the beginning and it will need protecting. The smaller it is the larger the risk of getting pushed around, compromised with, or crushed by the many strong wills inside the corporation. My recommendation is to BUD OFF the small seed and separate it from the corporate jungle until it is its own plant. Then, when you “plant” it back into the “jungle” it will already be something that the old jungle must consider and adapt to. By which time it will have more vitality to fight internal resistance and it will also be much easier for the organisation to adopt something that already exists.

The innovation project will continuously need protection along the whole way. It will face fear, jealousy, ignorance, and strong wills that want to prove the rebels and decision-makers wrong. Never underestimate those forces. Acknowledge them, embrace them and be ready for battle at all times, since they will always be there.

The last article in this series will be about how you set up the structure for successful execution. 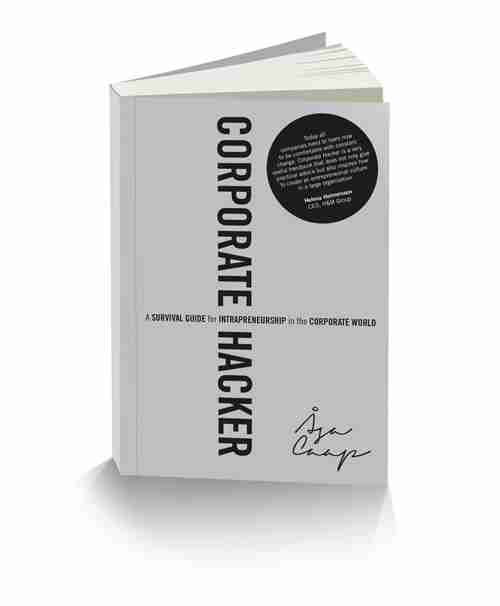 ” Today all companies need to learn how to be comfortable with constant change. Corporate hacker is a very useful handbook that does not only give practical advice but also inspires how to create an entrepreneurial culture in a large organisation? “ 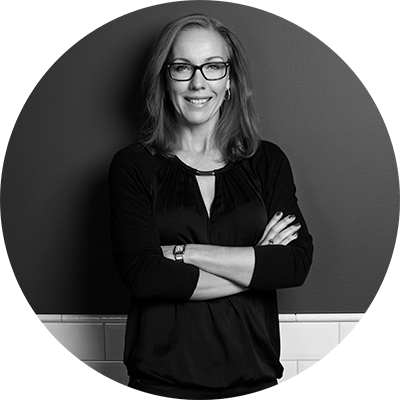 Former Global Innovation Dir. at ABSOLUT VODKA and later founder and CEO of Our/Vodka, that she ran under the umbrella of the world’s second largest spirit company, as an intrapreneur for 7 years. She has several patents of her own and is a member of the Swedish Inventor Society.