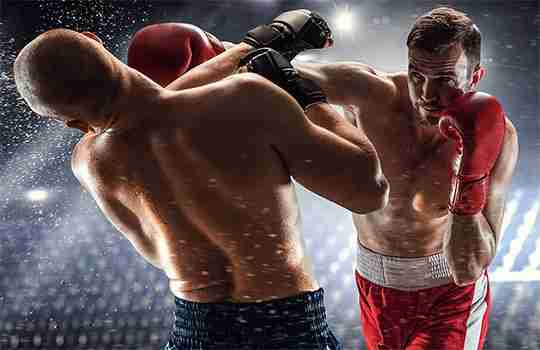 Industries get disrupted by outsiders, as large corporations get beaten by Rookies in their own ring corner!

How is it possible that the ones that already have a head start, that sit on the experience, the resources and the know-how, get overtaken by newcomers that seem to come from out of nowhere?

The simple answer is that it is really hard to act small when you’re big. Large corporations also tend to overestimate their entrepreneurial capabilities. But entrepreneurship is not automatically in a large corporation’s genes just because it was once a start-up founded by an entrepreneur.

When a successful start-up graduates from start-up to corporation the structures, processes, and mechanisms need to change. The skills acquired at the start-up phase, whilst useful for a growing business, are not transferable to an established corporation. Therefore, you need a complete set of new skills and profiles, including the need to be continuously innovative. To drive innovation successfully large corporations need intrapreneurship and to be successful, they need to reboot and remobilise for intrapreneurship.

What mindset is necessary to win BIG?

As new trends emerge and industries get disrupted, corporations often find themselves puzzled: “Where is our answer to this new trend? How come we don’t have a product or service in this category? How could we have missed this opportunity?”

In my experience the most common answer is that you didn’t miss it. You probably had it but lost it in the process of trying to make it fit into the corporate machinery. More than likely it was treated like a traditional internal project, which led to death by a thousand paper cuts.

I strongly believe that to win big, you need to place a bigger bet, put in some hard work and focus on the end goal. It is not as comfortable, easy, or safe, but it is the only way. I’d like to explain this with the Dakar Rally as a metaphor.

What the Dakar Rally teaches us about the innovation race

For those of you that don’t know, the Dakar Rally is a dangerous, very intense, and highly competitive race. The rally runs through open landscapes and deserts with incredibly hot temperatures. Both big, established players as well as a constant stream of newcomers enter the race — very similar to the innovation race in any industry. Between the inception in 1978 and 2001, most instances of the race went from Paris to Dakar. Over time, low risk routes developed through trial and error by some of the teams.

Most teams chose the known and safer routes, as it increased their chances of making it to the finish line. What is interesting though is that over the years only 20% of the winners came from this group. Not only that, but the winners from this group had to share their victory with most of their competitors, since the safe route always meant a tight race and a crowded finishing line. This meant they also shared the exact same experience too. Consequently, they were unable to gain any unique learnings useful to outsmart their competitors in the future.

Unleash the collective intelligence and creativity of your workforce with our enterprise grade idea software.
Start today!!

Then there were the stables that chose to let one of their cars and teams take a new, uncharted path. These teams ran a much higher risk of not making it to the finish line. But in the races where these daring teams made it to the finishing line, they very often won. …and when they won, they usually outperformed their competitors significantly, in many cases by several days. They also gained invaluable experiences that kept them ahead of their competitors for years.

It even turned out that these mavericks were the only teams that managed to win several consecutive years. To me it is the same in the innovation race. You need to dare to let smaller teams explore unknown paths which can result in great wins and experiences that will be invaluable to prepare the whole organisation for future victories.

Remember, it’s not like you are endangering your whole core business, it is just a few projects. It’s like putting a few eggs in another basket and letting someone run with it alongside your corporate machinery.

This is my first article in a series of 5, showing how intraprenaurship and innovation have to walk hand in hand regardless of the size of your business. Subscribe to the blog be notified of my next article.

Åsa is the definition of intrapreneur, change agent, corporate hacker. Whatever you want to call it, legacy businesses can only benefit from her ideas in this book and also by hiring and empowering people like her. “